Which Finger? Use a Grid!

Which Finger? Use a Grid!

When you're learning violin for the first time, it can be difficult to remember which finger goes where. It also takes a long time to think about where to put each finger - especially if you're playing a new piece of music.

A good way around this is to get used to playing scales before you embark upon a piece of music. If you get used to playing a pattern of notes in the form of a scale, then your muscle memory will be stronger, and it will be easier for you to place the notes correctly when you play the piece.

When you're practising a new scale, it can still be really tricky to remember which note goes where. And that's where finger grids become useful! Grids give you a visual reference for each scale pattern. This makes it easier to get to the next note, as you have one less thing to remember! Here's an example of a scale grid in G Major: 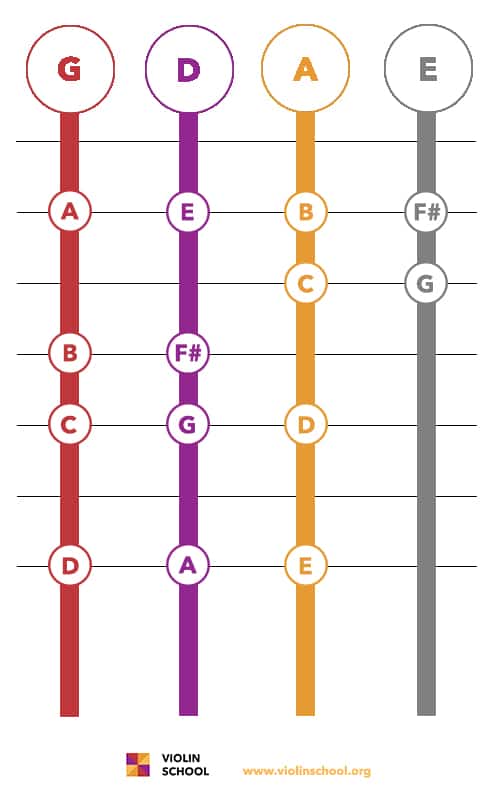 You can find more scale grids in the member section at ViolinSchool.com, but you can also create your own! Try drawing four vertical lines (one for each string), and then writing in the notes that you need for the scale you're currently working on.