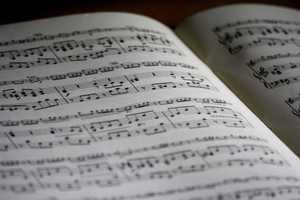 I taught a lesson today to a very experienced folk fiddler who could to play at a reasonably advanced level.

He could read music, albeit a bit unsteadily, so I initially assumed he knew the key signatures and other musical theory too.

But as a teacher, it’s good practise to check a learner’s knowledge by asking them to explain a topic back to you, just to be completely sure they understand.

And when I did this, I found that the fiddler struggled to explain what a key signature was, let alone how scale patterns worked.

On the one hand it’s testament to someone’s musicianship, creativity and listening skills that they can reach a high level of playing with almost no theoretical knowledge!

But on the other, it’s a massive shame not to have the clarity and confidence that comes from being able to communicate what you’re doing visually and conceptually through sheet music. 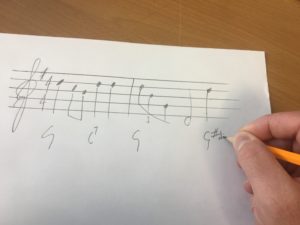 Once you commit music to paper - even if it’s just chord symbols or the melody of a tune, you are committing to a clear structure.

(This is an inherent part of the ‘classical’ styles, which is why it’s much more common for folk players to have this problem - though sometimes ‘classical’ players have the opposite issue of becoming far too dependent on Sheet music, but that’s another story!)

That commitment gives you a clear understanding of exactly what you’re doing, and allows you to communicate more clearly with other musicians too.

This saves time and will generally get you a better, quicker result - especially when you’re playing a piece of music for the first time.

In the lesson with the folk fiddler, I put several of the new materials from our new Violin Course A in front of him. 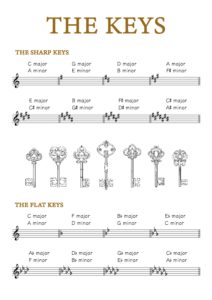 We talked through some of the ‘explainers’, reviewing concepts like sharps, flats and key signatures.

As if like magic, the previously baffling sheet music symbols all started to make sense, and before long, we were romping through scale patterns in all sorts of exotic keys!

Most importantly, by the end of the session, the learner had begun to develop a newfound confidence in music notation, that immediately affected the quality of his playing.

If you’ve been playing violin for a while but you’re not yet fully confident with music theory, then you might also wish to check out the learning resources in our new Online Beginner Violin Course.

Or for a more personalised experience, including weekly assignments, coaching and support, and certification, then pre-enroll for the first Online Edition of the course today! (Deadline 1st July; Course completion deadline 31st August)