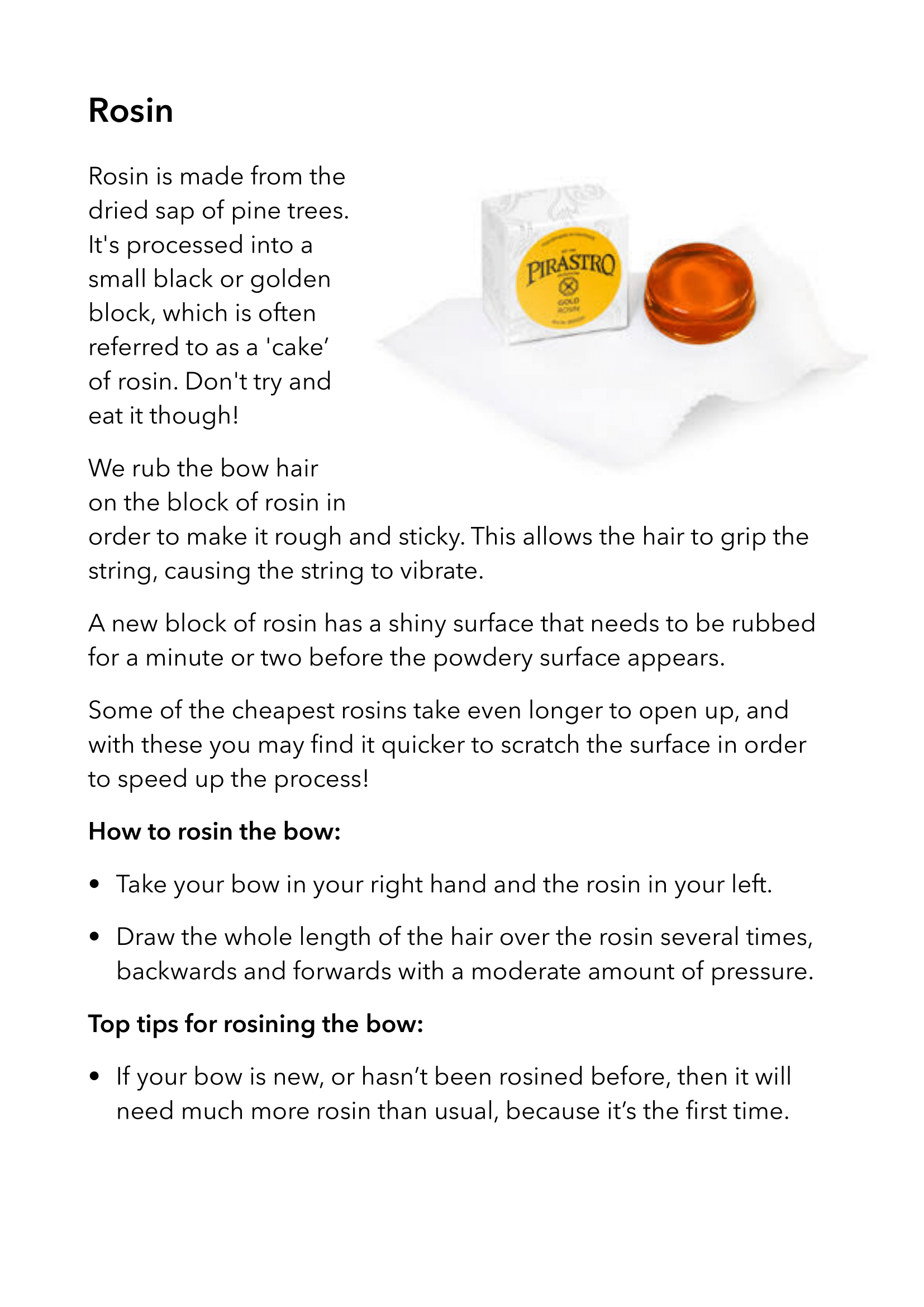 Rosin is made from the dried sap of pine trees. It's processed into small black or golden blocks, which is often referred to as a 'cake of rosin'. Don't try and eat it though!

Rosin works by making the bow hair rough and sticky when rubbed against it. This allows the hair to grip the string, causing it to vibrate. It's made of dried pine tree sap, which is processed into a small, black or golden 'cake'... usually round or rectangular.

Make sure the bow hairs are TIGHTENED BEFORE using the rosin, otherwise you might damage the wood of the bow.

It's generally easier if you move the hand that's holding the rosin, as well as the bow.

Here's an important tip: Put the thumb over the ferrule, overhanging the beginning of the hair. Then you won’t damage the rosin by allowing to hit the ferrule and become cracked!